PARTNERSHIP WITH ARAL EXTENDED BY ANOTHER YEAR 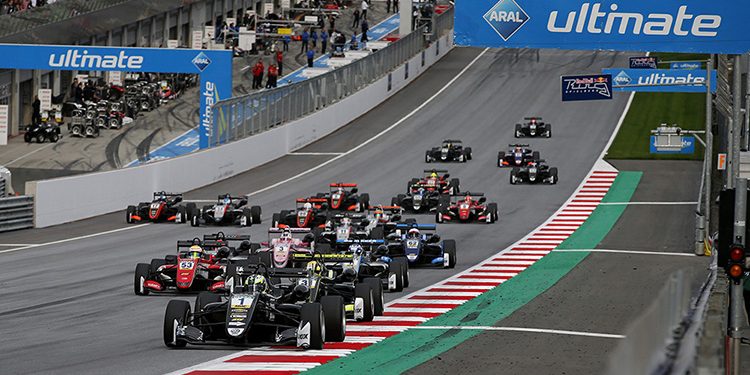 Year by year, the FIA Formula 3 European Championship thrills the fans with enthralling motor racing. For young drivers, the series represents a crucial stepping stone on their way to the higher ranks of motor racing but at the same time, the planet’s most competitive young-gun series also features several constants: in the 2018 season, the competitors once again may rely on Aral as fuel supplier. In the rounds held in the DTM support programme, the Bochum based company even supplies the F3 single-seaters free of charge with their high-performance fuel Aral 102 that also can be purchased at the Aral petrol stations. The partnership between Aral and the FIA F3 European Championship has entered its eighth year, now.
“We at Aral want to support the up-and-coming international motor-sport talents and therefore, we continue our involvement in the FIA Formula 3 European Championship,” underlines Robert Mehrtens, Aral Fuels Product Manager. “As partner of DTM we already are supporting the stars of the touring-car racing world but DTM always needs new faces. And in the FIA Formula 3 European Championship, young racing drivers are perfectly prepared for the step to this series or even to Formula One. These talents are the future of motor racing.”
“Furthermore, our involvement also is perfect for us when it comes to the technology,” adds Mehrtens, “As we think that the highly professional FIA Formula 3 European Championship and our high-performance fuel that isn’t modified for the use in motor racing suit each other really well.”
But the long-term cooperation of the two partners is valuable for both parties. “Aral have been our loyal partners for many years and we appreciate this mutual trust. It’s always great when such a partnership is extended by another season. And the fact that we are contesting our races with Aral’s conventional fuel, Aral Ultimate 102, has to be emphasised in particular,” stresses Walter Mertes, CEO of the ‘Formel-3-Vermarktungs GmbH’ that organises and promotes the FIA Formula 3 European Championship.
The Aral headquarters still are located in Bochum where the company – one of the best-known German brands – was founded back on 28th November, 1898 as ‘Westdeutsche Benzol-Verkaufsvereinigung’. With a network comprising some 2,500 filling stations, Aral is the No 1 on German petrol-station market, today.