F3 – TICKTUM WINS AND CLOSES UP TO POINTS’ LEADER ARMSTRONG 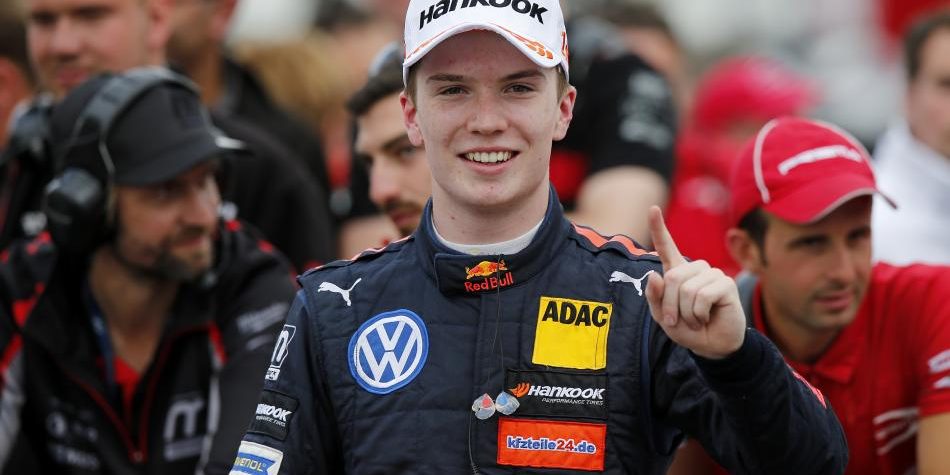 At the 2.3 kilometres long Norisring, Daniel Ticktum (Motopark) scored his second race win of the season. In the FIA Formula 3 European Championship race that included three safety car interventions and an interruption, Jüri Vips (Motopark) secured second place from Marcus Armstrong (PREMA Theodore Racing). The rookie driver from New Zealand, who is racing with an Italian licence and is backed by the Ferrari Formula 1 team, thus remains the leader in the FIA Formula 3 European Championship drivers’ standings.
Ameya Vaidyanathan (Carlin) had to withdraw his participation. The Indian, who had ran head-on into Daniel Ticktum’s stationary car at the start of the second race, was unable to participate as his car was damaged beyond repair.
At the start, Marcus Armstrong took the lead from Daniel Ticktum. Nikita Troitckii (Carlin) and Alex Palou (Hitech Bullfrog GP) collided while still on the opening lap. While Palou was able to continue, Troitckii, Jonathan Aberdein (Motopark) and Ben Hingeley (Hitech Bullfrog GP), who also got involved in the incident, retired. Race control deployed the safety car and the race was interrupted with the red flag after ten laps. Just before the interruption, Palou retired as well.
After a twelve minutes’ break, there were still 20 minutes and one lap remaining with action resuming behind the safety car. Shortly after the restart, the safety car was deployed again as Keyvan Soori Andres (Van Amersfoort Racing) had retired following a collision. Shortly after the next restart, Artem Petrov (Van Amersfoort Racing) was pushed into the Dallara of Sacha Fenestraz (Carlin), which triggered the third safety car intervention. Just before that, Ticktum had overtaken Armstrong and taken the lead. Once racing had resumed, the Red Bull junior driver successfully defended his lead, particularly from a charging Jüri Vips in the closing stages, and celebrated his second win of the season. Armstrong, who already had lost one place to Vips, was third across the line from Guanyu Zhou (PREMA Theodore Racing), Jehan Daruvala (Carlin), Ralf Aron (PREMA Theodore Racing) and Robert Shvartzman (PREMA Theodore Racing). Enaam Ahmed (Hitech Bullfrog GP), Ferdinand Habsburg (Carlin) and Sebastian Fernandez (Motopark) rounded out the top ten. For Fernandez, tenth place brought his first point in the FIA Formula 3 European Championship drivers’ standings.
Daniel Ticktum (Motopark): “I felt pretty well after the accident this morning, I just had a headache and my neck was a bit sore after the crash. I wasn’t sure whether my team would be able to get my car repaired in time, but they did a tremendous job. They didn’t just make a quick repair, they even gave me a car that enabled me to win. That was unbelievable, I just can’t thank them enough.”
Jüri Vips (Motopark): “At the start, I almost stalled, but then, it went pretty well. Had the race been one or two laps longer, perhaps I would have overtaken Daniel as well. Nevertheless, I am very happy with my weekend. The last laps were great fun.”
Marcus Armstrong (PREMA Theodore Racing): “My goal for this weekend was to score as many points as possible. However, I didn’t expect to be on the podium here three times and to be taking the lead in the drivers’ standings. In this race, I had problems with lack of grip, especially after the restarts. As a result, I lost two positions at this stage.”