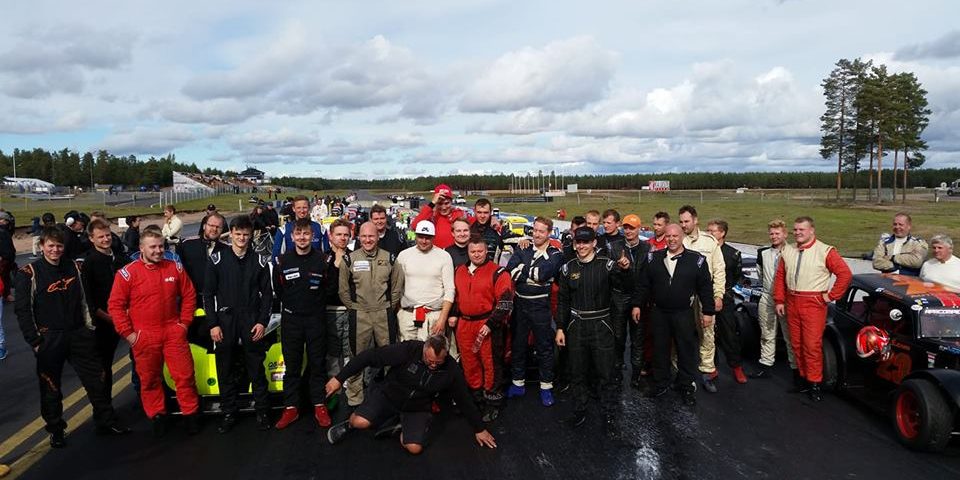 Legends Cars is the biggest road racing class for cars in Finland. This year the NEZ series will also be part of the Finnish Championship and one of the rounds will be held during Estonian Grand Prix. The class leader Juha Nisula speaks about the current situation in the class and why the Legends love the auto24ring track.

How is the Legends Cars series doing at the moment?

The Legends Cars series is at a very good position at the moment. There are lots of drivers, more than 40. And not only Finnish drivers participate, there are also some Latvians, for example. What makes me very happy is the fact that there are 10 new drivers this year, which is very good for the future.

There are altogether 15 rounds (five weekends, three races each weekend) in the series. This year for the first time the winner of the series will also win the Finnish Championship title.

The auto24ring track is unbelievably nice, very fast, I can’t explain it, but I and the Finnish people like to drive here a lot.

The Estonian Grand Prix event is also great, it is like a carneval – we like it very much!

What advice would you give to a person who is only starting out as a racing driver – why should the choose the Legends Cars?

In the Legends Cars you get excellent competition, it does not matter so much about the car, you have to race constantly because there is so much happening on the track. Also the Legends are quite inexpencive – after you have acquired the car the cost for the season is low. And, besides, the people in the series are like a big family, everybody is helping each other and having fun together!

Find out more about the Legends Cars on the series hopepage:
http://www.legendscars.fi/